The uterus, or womb, is designed to expand from the size of a fist to the size of a watermelon. Nature makes it flexible to hold a growing baby. But an enlarged uterus can also occur when a woman has fibroids. While fibroids are not cancer, they are a kind of tumor. Fibroids are benign (noncancerous) growths, capable of becoming very large. Sometimes, very quickly. Untreated, a uterine fibroid may grow to the size of a full term baby. More commonly, multiple fibroids create a mass that expands the uterus just like a pregnancy. This symptom of uterine fibroid not only impacts your figure but your mobility, fertility and overall health.

Fibroids very commonly affect women over the age of 30. Their development has been linked to the fluctuation in estrogen. High or spiking estrogen levels seem to trigger fibroids. But the central key to their growth, the reason they get so big, is blood supply. The more blood a fibroid gets, the bigger it grows. The larger it becomes, the more it pushes out the uterine wall. Unchecked, fibroids can fill, then expand your womb. Just like a baby would.

This symptom of uterine fibroid may also affect your fertility. How much uterine space is left for a baby to grow, if the womb is already occupied by fibroids? How can an embryo implant if uterine walls are stretched to accommodate a large fibroid or multiple fibroids? A fibroid enlarged uterus makes conception and pregnancy difficult. Not impossible. But very challenging.

Remember what you just read about why fibroids grow so large and so fast? Blood supply. Uterine Fibroid Embolization is a minimally invasive procedure that selectively blocks the blood vessels leading to each fibroid. Another uterine tissue is not affected. Fibroids, starved of blood, begin to shrink. And the fibroid enlarged uterus starts to shrink too.

What Are the Symptoms of an Enlarged Uterus? 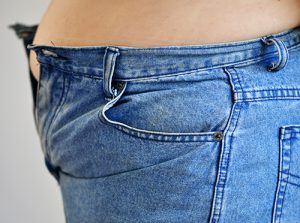 What Are the Causes of an Enlarged Uterus? 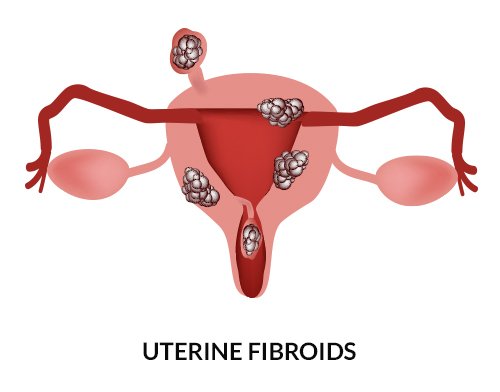 Uterine fibroids are the most common cause of an enlarged uterus, with as many as 75% of women developing them in their lifetimes. They are noncancerous tumors that develop in the muscular wall of the uterus. Some fibroids are very small, but they may grow up to be several pounds. The size of the fibroids determines the severity of the symptoms that accompany them. A woman may only have one fibroid, but there can also be multiple. Some women are more likely to get fibroids – women over 50, overweight or obese women, and African-American women. Genetic and hormonal components play a part in the growth of fibroids.

Adenomyosis occurs when the tissue that lines the uterus starts to grow into its muscular wall. The cause of adenomyosis isn’t known, but it does usually occur in women over 30 who have had children. It is also more common in women who have previously had uterine surgery, including C-sections. This condition can cause long and heavy periods, and progressively more painful periods. Adenomyosis typically occurs after a woman’s childbearing years and doesn’t normally require treatment other than pain medication. 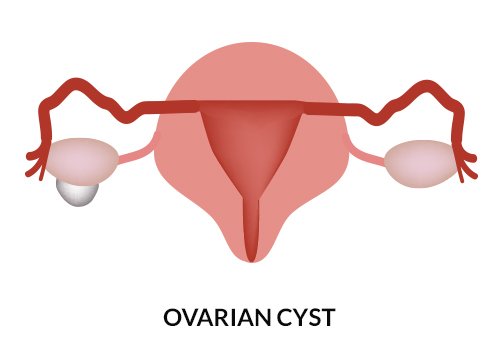 Ovarian cysts are fluid-filled sacs within or on the surface of the ovary. Usually, ovarian cysts are harmless and cause little or no pain. Many ovarian cysts go away with no treatment within a few months of appearing. However, sometimes they do become serious, causing severe pain – especially if they rupture.

Uterine cancer can cause the uterus to become enlarged. Obviously, this can be a very serious condition that may require a woman to have a hysterectomy to remove the uterus. In addition to the symptoms listed above, uterine cancer may cause vaginal bleeding that is not associated with a woman’s menstrual cycle.

Most of the time and enlarged uterus isn’t related to a serious medical problem, and may even go away on its own. It is important to remember that if you have any of the symptoms above, or if any of the causes are prevalent in the women in your family, you should see a doctor and be examined to determine the cause and the best way to proceed. Because an enlarged uterus doesn’t always cause a woman to be symptomatic, it is also important that regular exams and tests are performed as recommended by your doctor.

Julissa’s only choice was hysterectomy. Until embolization.

Facing a hysterectomy or other surgery?
Find out if embolization is right for you!
Call (866) 479-1523 or Click Here