Making a decision to have a surgical procedure is never easy.  But if your uterine fibroids are causing heavy bleeding, fatigue, embarrassment in social situations, infertility and other symptoms, uterine fibroid embolization (UFE) should be a serious consideration. UFE is a minimally invasive option that can give you greater freedom and improve health outcomes. This includes anemia and chronic pain, and preserve the hope of having a healthy pregnancy.  But minimally invasive procedures still have risks.  Is UFE worth it?  By far, the positive effects of UFE make it a choice that can be made with confidence. Many women happily report changes in the following: 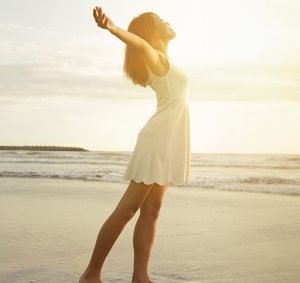 99 percent of patients have immediate relief from heavy menstrual bleeding after UFE and return to work less than a week after the procedure. Many women report their period is shorter than it was prior to embolization.  In addition, women who undergo UFE will generally have much lighter periods.  They can feel confident knowing that these agonizing and unusually heavy menstrual periods will cease after the UFE. A few may experience irregular menstrual cycles between 3 to 6 months after UFE.  However, the possibility of this still occurring is less than 1 percent for women below the age of 40 and around 10 percent for women who are over 45.   Overall, improvements to the menstrual cycle are remarkable, as well as the freedom and flexibility of not having to worry about or plan for the inconvenience of a heavy period.

Some women with fibroids may experience agonizing periods, slight aches in their thighs, back pain or a bloating or fullness feeling in their lower stomach area. Fibroids and pain each point to a different warning signaling from the body. For example, menstrual cramps during a period may be common for some individuals, but for women with fibroids, this pain may be due to large clots of blood pushing through the cervix. Cramps may also be a result of the uterus trying to push out a submucosal fibroid that is in the cavity of the uterus.  Also, some fibroids become so big they begin to push on nerves and blood vessels that extend out to the legs, which causes significant leg pain and discomfort. A wonderful benefit of UFE is that the pain you associate with fibroids dwindles within a brief length of time post-procedure.

Menorrhagia, the heavy menstrual bleeding people associate with fibroids, can cause women to become anemic, sometimes to the point of requiring a blood transfusion. Fatigue and dizzyness is common for women due to their anemia and fibroids. This is due to the loss of iron which carries oxygen throughout the bloodstream.  However, once the fibroids are eliminated, heavy bleeding will diminish.  As a result, your body is able to recover and you can build up your iron reserves gradually, without the threat of further heavy blood loss. 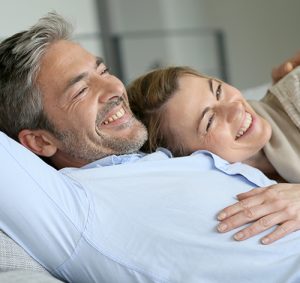 Fibroid symptoms such as heavy bleeding, pelvic pain, uncontrollable urination, and bloating, can make sex less than a pleasurable experience. Since fibroids shrink soon after UFE, the pain and discomfort from sex and fibroids generally improves. Additionally, the removal of the fibroids allows the uterus to better contract. This results in a woman’s sexual experience notably improving after UFE. Perhaps most important, UFE has little to no effect on a woman’s hormonal status. As the level of sexual desire is typically maintains rather than decreases.

Many women notice a significant change in how their body, particularly their abdomen, looks after the procedure.  While before UFE, many women have a noticeable “pooch” or rounded belly where the enlarged uterus protrudes, the abdomen is noticeably flatter and smoother after UFE.  In many cases, the fibroid, or fibroids, decrease to a size where they no longer are outwardly visible. However, depending on the size of the fibroid(s) and the amount of time it takes for them to shrink, there is still the chance that a slight protrusion in the abdominal area will remain for some women.

Uterine fibroid embolization has an overall success rate of 94 percent. This means 94 percent of patients experienced 50 to 60 percent shrinkage of their fibroids. After UFE, the embolized fibroid begins the process of shrinking. It immediately loses its supply of oxygen, blood, and nutrients. Over the subsequent weeks and months, individual muscle cells in the fibroid die off and are replaced by scar tissue. This scar tissue is about half as big as the original fibroid, or slightly smaller. Because scar tissue is not influenced by hormonal stimulation like fibroids are, the normal menstrual cycle no longer causes fibroids to grow, resulting in lighter periods, less pain, and less pressure.

Pregnancy and fibroids can be a challenge.  For many women, the ultimate goal of fibroid treatment is conceiving and maintaining a pregnancy, and ultimately delivering a healthy baby.  Statistics show that between 39 and 48 percent of patients who attempt to conceive after UFE were successful. Further, since UFE causes no changes to a woman’s hormonal status, the factors necessary to stimulate and nurture a new pregnancy are not compromised. One of the benefits of UFE is that while fibroids die due to the blocking of blood supply. Simultaneously, the uterus itself is not affected.  The uterus still maintains a healthy blood supply for supporting a healthy pregnancy.  Finally, since there’s no fibroid re-growth after UFE, women of child-bearing age can try to get pregnant. This is in contrast to racing against the clock in case their fibroids reoccur.